For other stories, consider visiting his website at:  www.veteransarticle.com

A mysterious creature called Eugene the Jeep first appeared in the E. C. Segar comic strip “Popeye” on March 16, 1936. Supposedly given as a gift to Popeye’s girlfriend, Olive Oyl, by her Uncle Ben, who located the dog-like animal in Africa, they named the odd-looking mutt “Jeep” since it only spoke one word, “jeep.” It did, however, communicate through body language, possessed a high I.Q., and could teleport itself from one place to another by crossing into the fourth dimension. Jeep’s diet was expensive but straightforward: he ate only orchids. A bear-like head, broad nose, long tail, bulging belly, and yellow skin, Jeep walked on his hind legs like a human.

A vehicle carried his nickname into WWII. Formally called the U.S. Army truck, ¼ ton, 4×4, Command Reconnaissance vehicle, designated as the Ford GPW, Willys-Overland MB, or G503, the entire world would know the squared-off little car like the Jeep. Gen. George Marshall claimed the resourceful Jeep was “America’s greatest contribution to modern warfare.” Gen. and future President Dwight D. Eisenhower wrote that his senior officers considered the Jeep as “one of the six most vital” U.S. vehicles to win the war. Acknowledged by the American Enterprise Institute in 2010 as “one of the most influential designs in automotive history” and the Jeep’s “sardine can on wheels” shape as more instantly recognizable than the VW Beetle, over 650,000 Jeeps were built during the war, which was one-fourth of all non-combat motor vehicles. 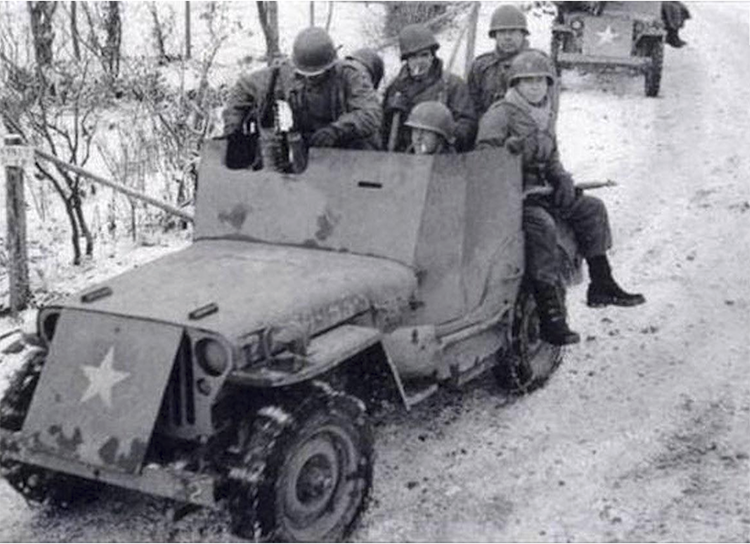 The Jeep was not the only vehicle or “thing” called jeep. A rookie soldier in The Great War (WWI) was often referred to as a “jeep” as was the B-17 prototype by Boeing. A small Navy escort carrier in WWII was called a “jeep carrier,” and many soldiers referred to the Jeep as a “Peep,” since the vehicle was considered to be a reconnaissance car, as in “peeping” on the enemy. Larger ½-ton or ¾-ton Command Reconnaissance cars were often called “beeps” for “big Jeeps.”

And poor old Eugene the Jeep can’t take all the credit for the namesake of the “sardine can” reconnaissance car. It seems Ford’s designation of a GP (General Purpose) vehicle has some claim to fame as a slur of GP into the word jeep or the term geep. Ironically, the Army’s substitute for the fabled Jeep is the High-Mobility Multi-purpose Wheeled Vehicle, slurred into its now familiar name, Humvee.

The military, the government, and government contractors can debate and inflate their claims as originators of the word “Jeep,” but how did John Q. Citizen end up jumping on the bandwagon to immortalize the small recon car like the Jeep? Initially, the bandwagon got rolling on the steps of the U.S. Capitol. 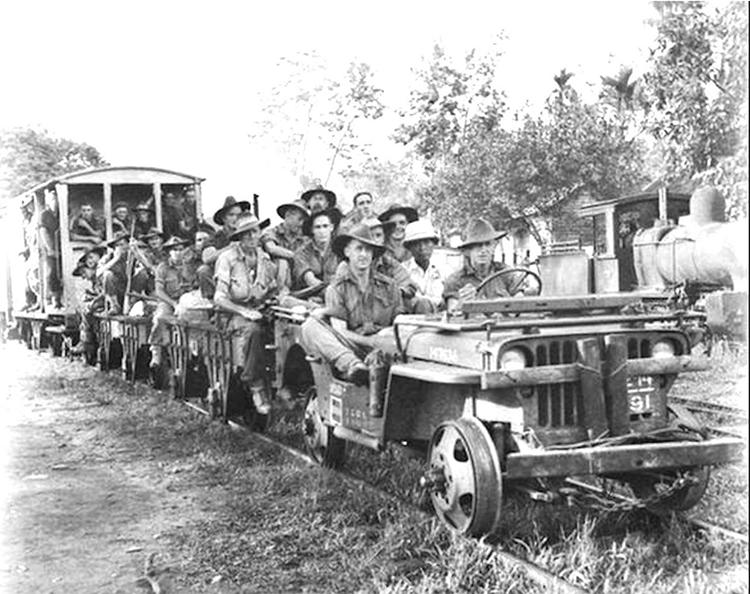 The promotional gimmick was the brainchild of Willys-Overland. They used to test driver Irving “Red” Hausmann to drive their Jeep up the steps of the U.S. Capitol with dignitaries, including Katherine Hillyer of the Washington Daily News, as passengers. The stunt worked beyond all expectations. Hausmann, who had overheard soldiers call the Willys vehicle a “jeep,” was asked by Hillyer, “What is this?” He replied, “It’s a Jeep.” Her syndicated article appeared on Feb. 20, 1941, with a photo of the vehicle going up the steps of the U.S. Capitol. She used the word “Jeep” as a term to describe the vehicle in the photo’s caption. It is believed that public awareness of the word “jeep” originated from her article and has been used worldwide ever since. Albeit, another source of public interest was an article in the January 1942 issue of Reader’s Digest entitled “Meet the Jeep,” with the author referring to the odd-looking car as a “midget combat car.”

Veterans, including yours truly, recall the Jeep with fond affection. It was a military staple, always there doing just about anything, in WWII, Korea, and Vietnam. I encountered my first King Cobra, which appeared over the hood of a Jeep I was sitting in. It was frightening, I reckon, but not more so than yours truly. Thankfully, it slithered away before I had to. The nimble Jeep was a modernized pack horse, utilized for so many things the list seems endless. To mention a few: an improvised snow plow, laying cable, a hot water source for shaving, a stove for C-rations, a light source or power plant, troop transporter and artillery towing, a scout car, transporting water, fuel, and ammo, and its flat hood utilized as a chaplain’s altar or a commander’s map table. In emergencies, the hood was used as an operating table or, probably more often, as a G.I.s’ poker table. The Pulitzer Prize-winning war journalist, Ernie Pyle, wrote of the Jeep, “It does everything. It goes everywhere. It’s a faithful as a dog, as strong as a mule, and as agile as a goat. It constantly carries twice what it was designed for, and still keeps on going.” 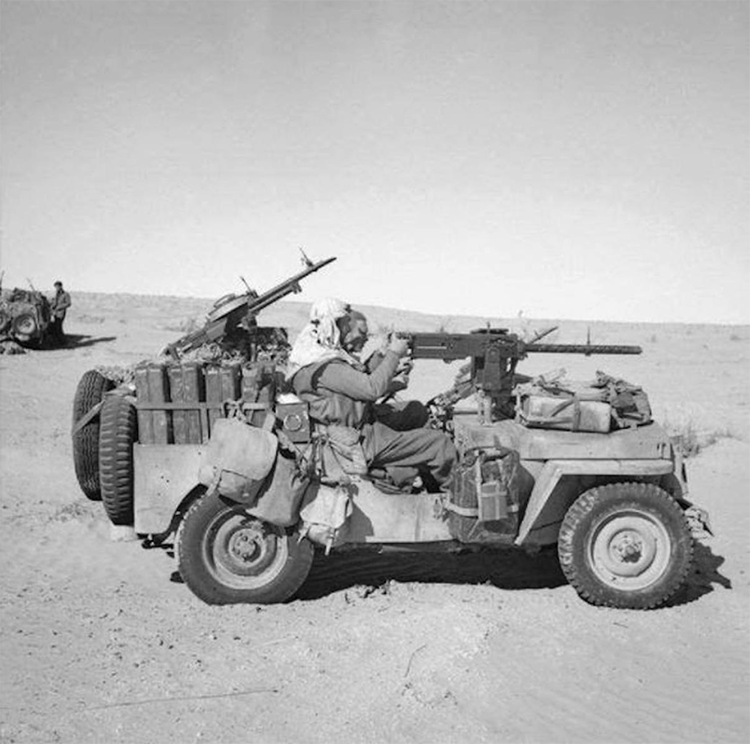 We Baby Boomers will remember the Roy Rogers cowboy show on the old black and white TV screens utilizing a cutesy Jeep named Nelly Belle. Well, Nelly Belle was a combat veteran. She served as a reconnaissance vehicle for the 82nd Airborne Division in the Ardennes Forest, Belgium, in December of 1944. Jeeps became so prevalent in Europe during the war that many German soldiers believed one was issued to every G.I. in the theater.

The next time you see a Jeep Wrangler, Cherokee or Grand Cherokee, a Patriot or Compass, cruising down the road, remember the namesake came from a lifesaver in WWII. During the war, the only GPS was old, outdated maps. Air-conditioning was provided by an open-air body frame. The radio didn’t play country and western or hip-hop; it was used to coordinate war activity. It drove like a truck because it was a truck. The seats were made of metal, not leather or vinyl or fabric, and rough on the butt. And you shifted gears; the gears didn’t shift for you. 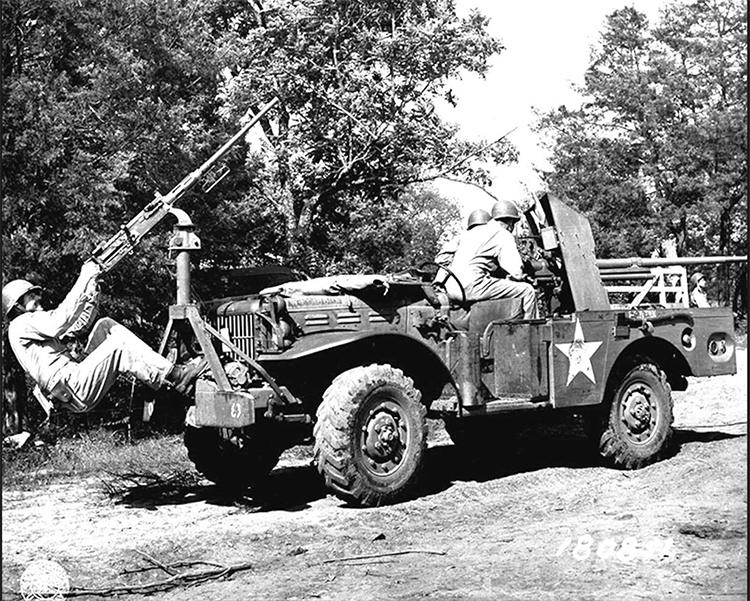 Consumer Reports Magazine lists the Jeep as probably one of the worst car values in America, overpriced, unreliable, high maintenance, poor fuel economy, yet loved by its owners. As the quote implies, “They just don’t make them like they used to.” 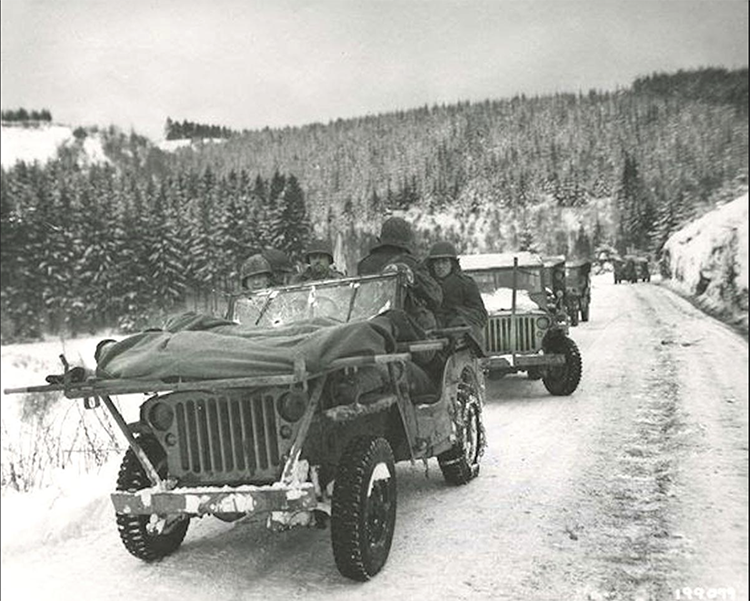 For other stories, consider visiting his website at: www.veteransarticle.com