Combat Crawlers is a 501c3 veterans non-profit organization started in 2017.   It is the largest veteran non-profit off-road community in the US with over 2600 members nationwide.  Combat Crawlers utilizes community forums, trail rides and meet ups as their central point for Veterans with a similar love of off-roading.  Our mission is to continue to build a community to support Veterans in an effort to reduce Veteran suicide which is estimated at 22 a day.  Here is a link to the Combat Crawler site, please take a couple of minutes to watch the video.  https://www.combatcrawlers.com/

Combat Crawlers has been funded by the Board of Directors and also thru the sales of merchandise.  But recently we have been asked how people can support and or donate.  Below are two ways to help support our organization and remember donations are tax deductible.  All donations are used to support our mission of reducing Veteran suicide. 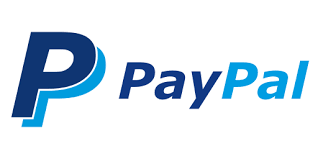 Want to help make a difference while you shop in the Amazon app, at no extra cost to you? Simply follow the instructions below to select “Combat Crawlers Veteran Offroad Association” as your charity and activate AmazonSmile. They’ll donate a portion of your eligible mobile app purchases to us.

Comments from some of the members when asked “How has Combat Crawlers helped you?”

It helps to know I have someone outside my circle to talk to that is truly understanding. -Wayne P.

It’s nice to have brothers and sisters who will truly have my 6 if I ask. Being Terminally ill there are alot of dark days for me where I feel I will be less of a burden and going through less hell if I end it all.. having you guys keeps me from going down that path. Thank you. – Michelle Otey

I was introduced to Combat Crawlers by a brother in arms. Just being part of the group gives me faith I am not alone. -Jason Johnston

I didn’t know much about wheeling and such being my first Jeep Scar(let) and coming from street cars. I got my Jeep because I’m searching for something, I still am, obviously by my latest posts. But I know I’m on the right path now. I don’t talk much to anyone, the last 2 years being on LTD have been the roughest shit ever. Shoot. The COs I know never even check on me. Here is where I feel I’m understood. I’ve chatted a few times with a few CC members and I’m grateful for it.  -Sean Cook

Well I got bought my first Jeep in 1996, well before I joined the Military, and it changed my life. And when I joined in 2002, I was lucky to have been in the group that, no matter your MOS, or how many deployments, you were considered a Hero just because you were in the Military. Unlike some of our Vietnam brothers. I’m on my 3rd Jeep and still loving it. As far as the adrenaline rush part, I went from Military Police, to Federal Police, and to Local Law Enforcement. So I still have that part in my life and I have all my Law Enforcement brother’s backs, but it’s just not the same. We have a bond, but then we go home and have separate lives on our days off, it’s not the same bond you get when you’re deployed. And with all that’s going on in our country, I have so much more respect for our Vietnam brothers. I feel the pain of putting your life in danger and people still hating you. But I’m lucky because I have two support groups, my Military family and my Law Enforcement family. I also love the No One Left Behind mentality. I would stop for a Jeep on the side of the road no matter who’s driving it. – Jonathan Zech

I am new to the page and just as new to being a jeeper. I was in Anbar, province in 2016, I was one of the first sets of boots on the ground after we took it back from ISIS. I saw a few things I’ll never forget. I got out of the military shortly after I got back and since then my wife says I am a different person. Among the other crap that plagues me, I miss the camaraderie Jonathan Garrett Zech said it who actually has a really similar story almost to a T… but it is just different in a way that can’t be replicated. I just bought my first jeep hoping I can bring my family closer together and build some good memories and friendships to last a lifetime.  -Sam Ross

You hit it on the head, Jeff. The camaraderie with people who have been through the same experiences as I have, that feeling of being part of something, knowing they’ve got your back, and you’ll do damn near anything to have their backs too. We can hack on each other, all in good fun, but if someone else tries, we protect our own fiercely! Thank you, guys, for starting this group. I’m extremely grateful to be a part of it, and proud. -Jeff Secord